Laurent Vander Eycken is the Finance Director of FleishmanHillard’s Brussels office since January 2014. He is responsible for the accounting and financial reporting of the office, as well as for the contract reviews and approvals. He looks after the strategic and financial planning of the office together with the General Manager. Mr. Vander Eycken graduated from ICHEC in 1994. He holds a Master in Commercial, Economic & Consular Sciences. He started his career in family businesses as assistant of the Finance Director in 1995 to grow to a management function in 2000. Mr Vander Eycken then created various companies between 2000 and 2007. Period during which he developed wide and numerous skills and experience (company set up, implementation of accounting system, general accounting, finance direction and general management). He is still founder and shareholder of 2 companies as of this day. Mr. Vander Eycken fulfilled various and numerous financial functions acting as a freelance financial management consultant for multinationals companies from 2008 until December 2013. The projects ran over periods from 4 months to 18 months covering different roles from finance manager to head accountant or partner of a European shared service center. Mr. Vander Eycken is Belgian native and speaks fluently French, Dutch, English and Italian. 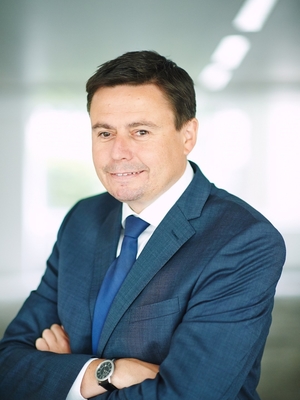